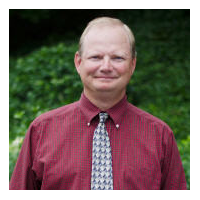 Mark is a Loan Officer with Nutter Home Loans and began his career with them in February of 1998. He began with FHA Streamline loans and soon moved on to fully qualifying FHA, VA and Conventional loans. He now has over 15 years of experience with all kinds of refinancing, including cash out and debt consolidation loans. He also has years of experience with many types of Purchase loans, FHA, VA, USDA and Conventional loans. He is currently licensed in both Missouri and Kansas, so he would be able to help you on either side of the state line. The past several years, he has been a member of the Kansas City chapter of the Mortgage Bankers Association. This year, he has been appointed as a Director of the Kansas City Chapter of the Mortgage Bankers Association. The Mortgage Bankers Association has been instrumental in maintaining the integrity of the industry, as well as protecting the interest of the consumer. He is very invested in his community, as he has also volunteered with the Lees Summit Baseball Association for over 10 years. The most recent three years, he has served as the Treasurer. He has also been involved with the schools in the community, serving on the Executive Board of his son’s High School. His education includes a Bachelor of Science Degree from Central Missouri State University in 1987.