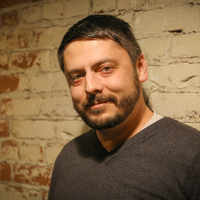 Dominic Svornich has called Jefferson County home since 2002 and has been a Pacific Northwest resident for life. Over the last two decades, Dominic has built an extensive career in finance, with experience in retail banking, personal finance, consumer and mortgage lending, and independent real estate and financial consulting. Dominic is presently a full-time loan officer with New American Funding in Port Townsend and operates his own consulting business with his wife Stephanie, a licensed real estate broker with our local Windermere office. Dominic is also a lifelong musician and owns Salish Sound, a cooperative recording studio and production space in Port Hadlock, offering audio engineering, event planning, live sound reinforcement, music production and promotional services with a team of established audio professionals. Dominic’s love and appreciation of music naturally drew him to KPTZ, Port Townsend’s independent community radio station, where Dominic serves as Vice-President of the board and co-hosts the Beach Rumble show with long-time collaborator and KPTZ Music Director Ruby Fitch. Dominic also serves on the board of the Quimper Mercantile Company in Port Townsend, on the steering committee for the nascent Port Townsend Creative District, and on myriad committees and task forces for housing initiatives and other area concerns and programs on the Quimper Peninsula. Dominic has served on the boards of the Port Townsend Main Street Program, Jefferson Community School, Olympic Peninsula Steam and for the Jefferson County Chamber of Commerce, as board president in 2013. Dominic was a proud recipient of the Young Professional of the Year designation in 2015 and has had the honor of co-founding and organizing a number of beloved community events including the Old School 4th of July, the Brass Screw Confederacy, and the Main Street Program’s Concerts on the Dock series, for which he has served as Programming Director since 2011. Dominic lives in Port Townsend with his wife Stephanie, their two cats Chowder and Pebbles and their rabbit Turnip.